Line up is subject to change without notice.

Alive In the Lights – 4:00 pm Light the Night Stage

Alive in the Lights was formed as a small project, starting with Madelyn Porras as vocalist, guitarist, and pianist, Simmy Grewal as vocalist, and Amanda Martinez as a bassist as well as a vocalist. The band became more serious once accompanied by their drummer, Elita Barus, and lead guitarist Alex Padilla. Since their formation in 2013, Alive in the Lights have written and produced original songs, and played at various places, including Chain Reaction, Knotts Berry Farm, California Adventure, and Raging Waters. 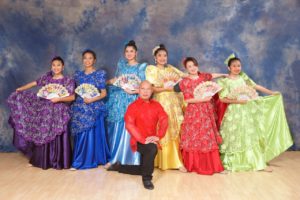 Home to children, teens and adults aspiring to be professionals and to those who simply wants to gain knowledge of the performing arts and benefit from the social, moral, mental and physical aspects of dance and exercise.

Formerly known as Kids Fusion Band. They play in festivals here in San Diego and Las Vegas. They had been a guest performer in CW6 tv and ch44 in Los Angeles.

The Southern Sea, Dragon and Lion Dance Association, is a community based organization that is founded on the basis of preserving the culture and art of Chinese Lion and Dragon dancing. Since its inception they have grown to be one of the largest and most recognizable teams in San Diego. They hope to spread cultural awareness throughout the San Diego region and they can be seen performing at various festivals and events.

Swing San Diego has social dances that bring you the best music from the 1920s – 1950s.  Take our lesson before to learn some cool moves you can practice that same night! A great way to make new friends and have fun, Swing San Diego invites you to join!

Hālau Hula Kāhea O Kalaniana’ole, under the direction of Aunty Kāhea Stinson. This Hālau 1st opened its doors here in Mira Mesa in 2012 and is a Traditional Hawaiian Hula school. Hula class instruction include boys/girls, men/women from ages 5 – and up. Aunty Kāhea’s Hula School specializes in Ancient and Modern Hula instruction while learning Hawaiian language, Hawaiian arts and crafts, and other cultural enrichment activities. 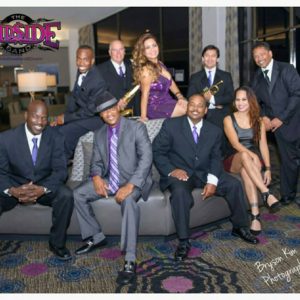 Performing in many venues throughout San Diego, Orange County, Las Vegas, Arizona, and Palm Springs, Wildside has made a big impression, opening up for many of their favorite artists.  In 2013, they appeared at the Magic 92.5 Under the Stars Concert, opening the show for Dazz Band, Lakeside, and Confunkshun.  Then in late 2014, they were honored to open up at the Magic92.5 Masters of Funk Concert for Zapp, One Way, SOS Band, and The Bar-Kays. These are some of the bands’ most memorable highlights of their careers. The Wildside Band is San Diego’s hottest high energy dance cover band playing your favorite TOP 40, R&B, Funk, Old School, Reggae, Rock and Blues. 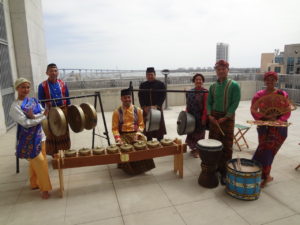 The Pakaraguian Kulintang Ensemble of the Samahan Filipino American Performing Arts & Education Center performs traditional gong-chime music and dances from the southern Philippines. Formed in 2003 by UCLA alumni and Samahan musicians from San Diego, Pakaraguian performs traditional music and dances from the Autonomous Region of Muslim Mindanao (ARMM) cultures of the Maguindanaon, Maranao, Tausug, Sama, and Yakan ethno-linguistic groups. Through intense research and study with descendants from the following ethnic minorities Pakaraguian has created regionally specific performance repertoires here in the Filipino American Diaspora in order to represent these marginalized ethnic minorities with integrity and respect.

U-Jam Fitness® is an athletic urban dance fitness workout that combines easy to learn steps and high energy music for a workout that will get your heart rate up, your body moving, and make you work up a sweat in no time — all while having fun! 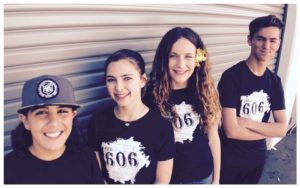 The 606 is locally grown right here in Mira Mesa.  Two years ago in class room 606 three 4th graders came together with the same love of music.  They are now in six grade and Joined by 9th grader from Mira Mesa high school, Dillon  Halpin who plays the bass and keyboard. Elijah Marrewa on drums, Ana Constantine on lead guitar and Reese Cormier is lead singer and back up guitar and bass. 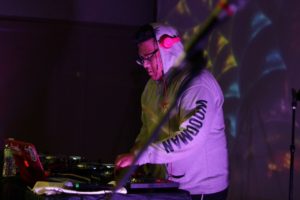 Josh Giggin is Founder/DJ of Eclectik, aiming to spread positive vibes thru music and spread the sound of tomorrow! He will be dj’ing future beats and neo trap soul music. He has performed numerous numbers of shows with Soulection and has created his own bar show that showcases local talent in San Diego/socal. They threw our first show called .Wav in November that filled max cap at the World Beat center which showcased plenty of SoCal talent.