Our Beer Garden is getting exciting!

The Asahi Group aims to satisfy its customers with the highest levels of quality and integrity, while contributing to the promotion of healthy living and the enrichment of society worldwide. 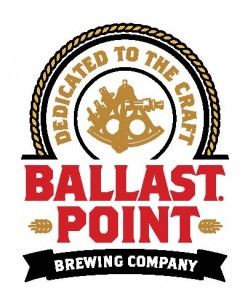 The perfect balance of taste and aroma. An obsession with ingredients. An exploration of techniques. And while we savor the result, we’re just as fascinated by the process to get there. What started as a small group of home brewers, who simply wanted to make a better beer, evolved into the adventurers known today as Ballast Point.

Callahan’s Pub & Brewery opened in October of 1989. It was started by two restaurant managers from Mira Mesa who thought the community could be well served by having an Irish Pub and Brewery in the neighborhood. They borrowed money to get it off the ground and worked lots of hours to keep it going. They found many eager and loyal customers that helped them grow.

San Miguel Brewery is the largest beer producer from the Philippines and Southeast Asia. Coming a long way since its first production in 1890 by La Fabrica de Cerveza de San Miguel, San Miguel Beer is presently amongst the top selling beer brands in the world.